Scarborough Continues to Increase in Population 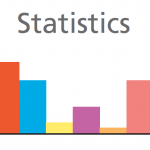 As of July 2015, Scarborough is home to 19,691 residents, according to the US Census Bureau’s annual estimate of the resident population.

New population growth comes from two sources – children born to Scarborough residents and people moving into Scarborough from other areas.

Windham added more new residents than any other community in the state between 2010 and 2015, with 814 new residents. Gorham, Portland, Falmouth and Scarborough rounded out the rest of the top five communities in terms of the number of residents added over the last five years.